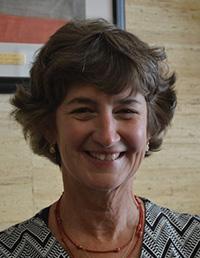 This week, I am proud to introduce two more outstanding individuals who have joined the faculty at Cardinal Newman Academy: Stephanie Pyle and Mary Ann Peppiatt.

Stephanie received her B.A. in Communications with concentrations in theatre and broadcasting, and a minor in history and literature from Elizabethtown College in Pennsylvania. Prior to teaching, Stephanie had a long career in radio broadcasting, including producing and hosting a live storytelling and music show.

In 1997 she began her teaching career in the 5th grade at Saint Andrew’s Episcopal School in Oregon Hill, then Saint Benedict Catholic School, and Luther Memorial School. She returned to Saint Benedict School in 2010 and began the Salt and Light Theatre Company, an afterschool drama program, and The Knuckleheads, a puppet troupe.

Stephanie and her husband, Charles, have one son and are parishioners at Saint Benedict Catholic Church, where she has served on the pastoral council and as a lector and catechist. Her interests include Shakespeare and ancient and medieval English history.

Mary Ann worked as a systems designer and manager at AT&T, assisted in teaching a technology class at DePaul University, taught Math, Accounting, and Databases at J. Sargent Reynolds Community College, and most recently worked at the New Community School. Mary Ann has also been a docent at the Virginia Museum of Fine Arts since 2000. Mary Ann says she “is delighted to be teaching at Cardinal Newman Academy because I value the opportunity to teach in an environment that will allow me both to share my faith and grow in faith, and I believe in the mission of the school to provide an affordable, coeducational college preparatory option in the Richmond area.”

Mary Ann and her husband Brian, have three children and are parishioners at St. Bridget Catholic Church.

We are so thrilled to have Stephanie and Mary Ann join our team at CNA!